Author of The Year of The Rat and How Not to Disappear. 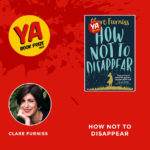 How Not To Disappear makes the YA Book Prize shortlist!

I’m absolutely thrilled that How Not To Disappear is on the 2017 YA Book Prize shortlist! You can read more about the ten books on the shortlist here. It’s such a diverse and exciting shortlist and really shows how strong YA is in the UK and Ireland ri … 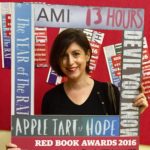 Read Enjoy Debate: Why we need libraries and librarians

I was lucky enough to be shortlisted for the Read Enjoy Debate (or RED) book awards in Falkirk this year for my first book, The Year of The Rat. It’s always an honour to be on a shortlist and having lived in Scotland for a year I love having a reason t … 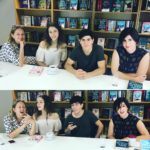 Had a brilliant time at the Simon and Schuster offices this week doing some filming with with the wonderful Perdita and Honor Cargill, the mother and daughter team behind Waiting for Callback, for Maximum Pop! We had fun chatting, comparing notes, play … 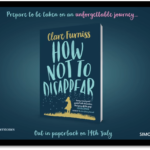 Watch the brand new How Not To Disappear trailer!

The paperback of How Not To Disappear will be in bookstores on 14th July! If you’d like to find out a bit more about it click here to watch the beautiful brand new trailer, unveiled today. Hope you enjoy it! And if it does whet your appetite, How Not T … 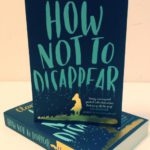 How Not To Disappear paperback is here!

It won’t be in the shops until 14th July but copies of the new look How Not To Disappear paperback have arrived at the Simon and Schuster offices! Looking really stunning. There might just be a giveaway or two over the next month! Follow me on Twitter … 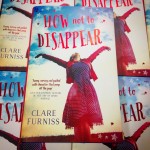 How Not To Disappear is nearly here!

It’s very exciting to be starting the new year with a new book again! Last year it was The Year of The Rat paperback, this year it’s my brand new novel How Not To Disappear. Second books have a reputation for being tricky – like the notorious ‘D … 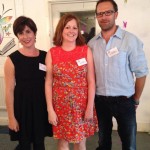 I battled through train and tube strikes to enjoy a wonderful ceremony for the Branford Boase award which celebrates the best books for young people by debut authors. It’s a really special award as it celebrates the author AND their editor. I was thril …

THE YEAR OF THE RAT SHORTLISTED FOR THE BRANFORD BOASE AWARD!

I’m really delighted to have been shortlisted for the 2015 Branford Boase award along with my fabulous editor Jane Griffiths! The Branford Boase is awarded to debut novelists and their editors. You can find out more here.